Previously, I use Travis CI to automatically deploy my site so if I push an update to my repo it will trigger a build and deploy it to github page. Turns out, github has a built in feature for CI/CD called Github Actions. In this post, I'll tell you how my experience using it.

Because my previous site is using Travis CI, I need to delete the old travis.yml. If you haven't use any CI/CD before then just skip this step.

To get started, you will need a file called whatever you want inside .github/worksflows/ on your root project, I call it main.yml. You can also go to Actions tab on your repo and you'll find a bunch of preset that github gives you which you can then modify according to your wish.

The yaml file is pretty simple, here's mine and I'll explain it briefly each part.

Those are my brief explanation and how I understand each fields. If you want more details, please visit this documentation.

See it in action 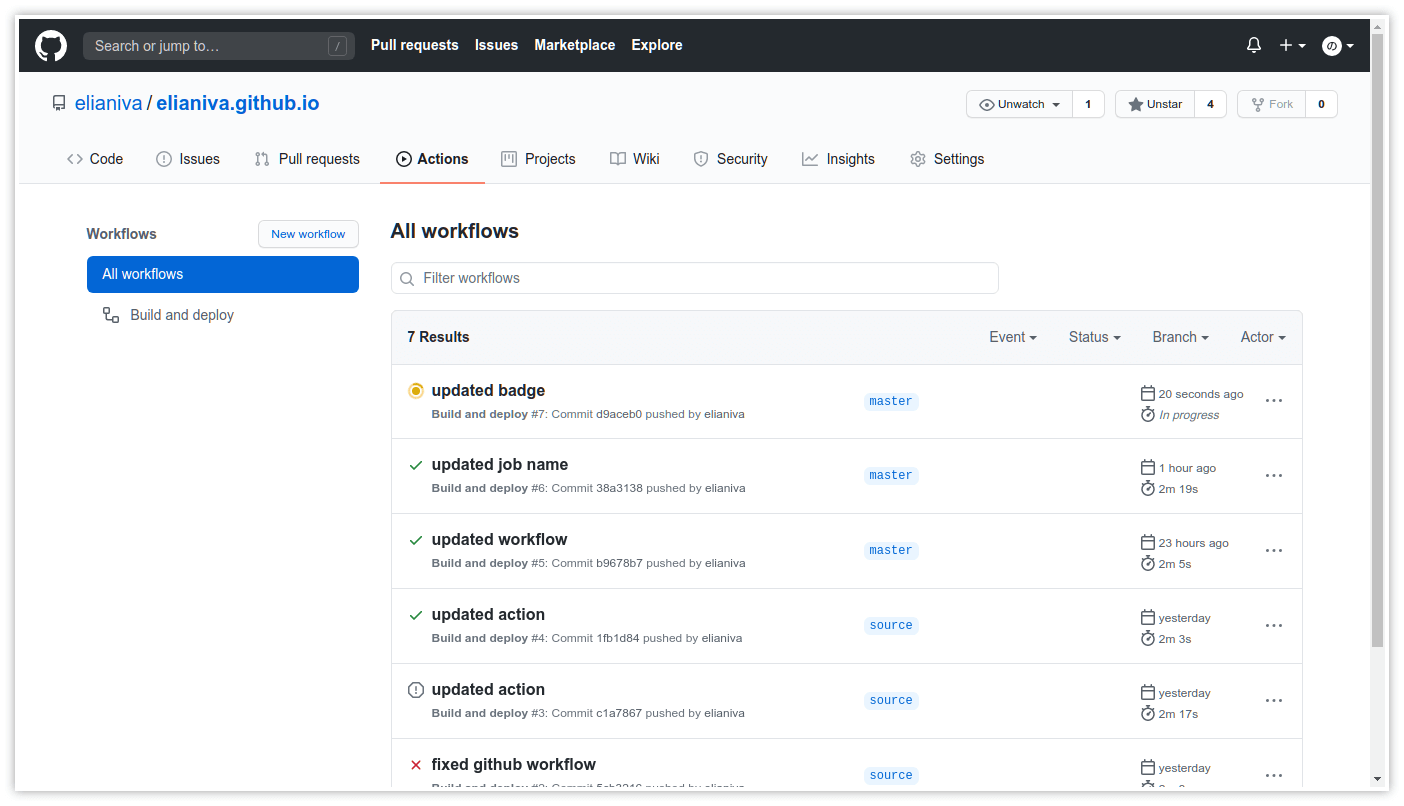 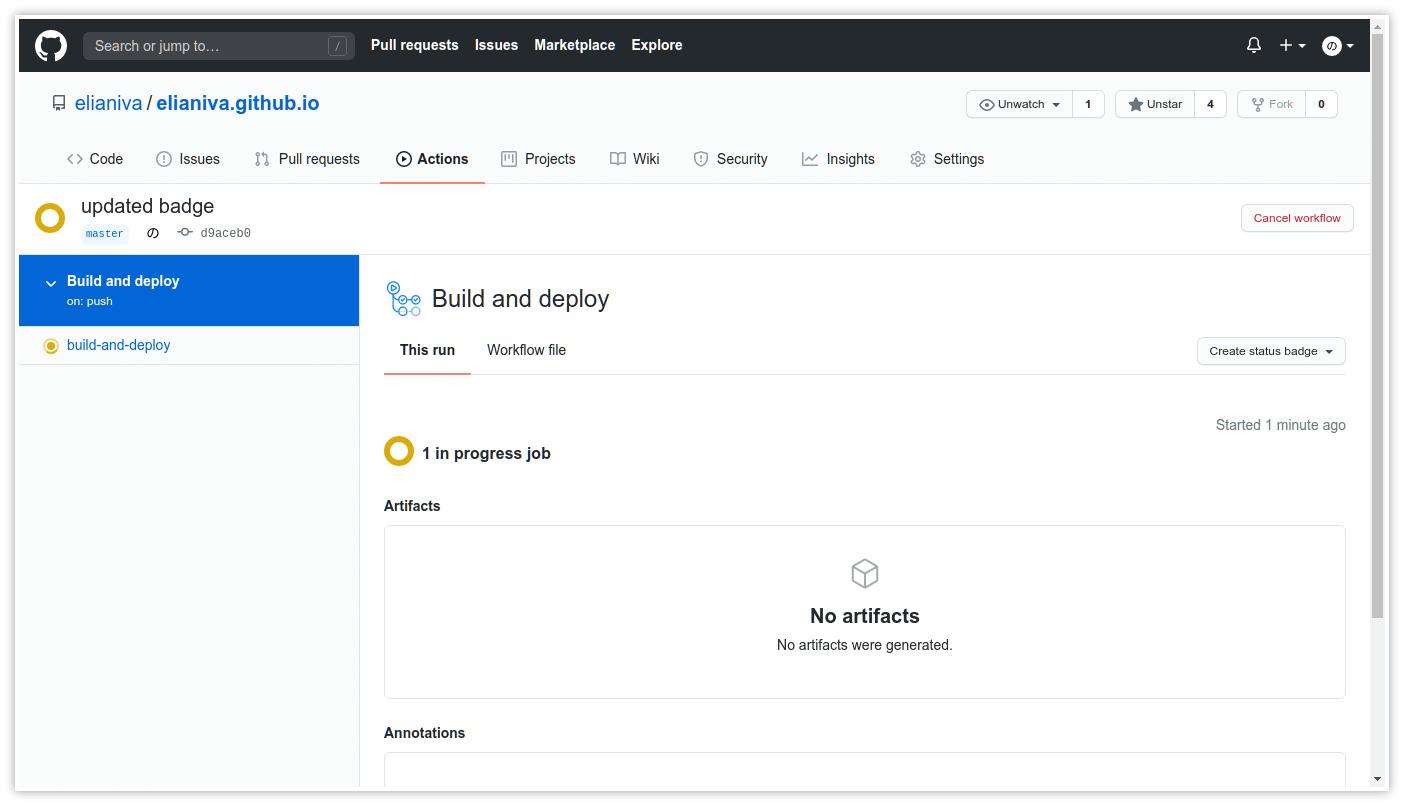 Our action name will show up here. Try to click on that.

It will show this. The log of our action's jobs. 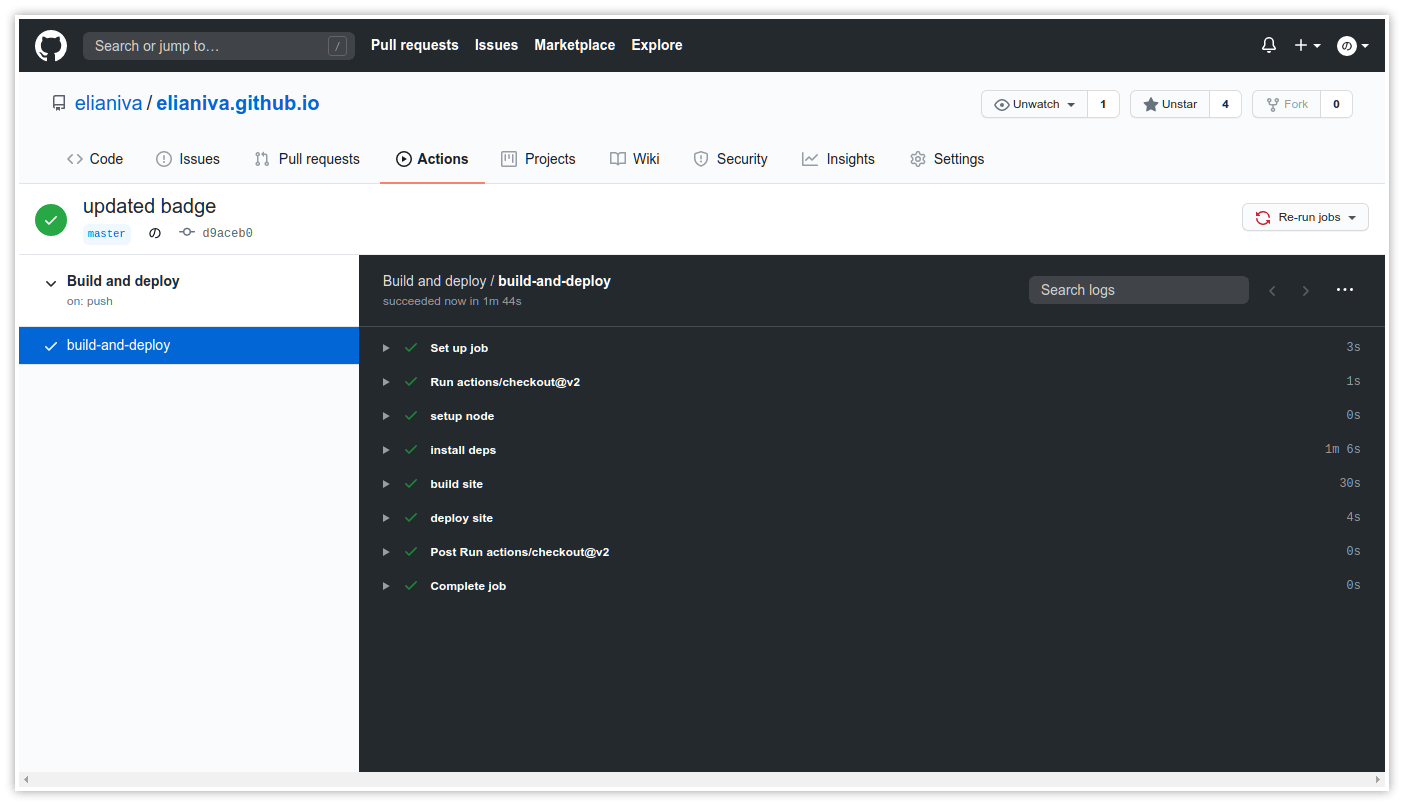 The reason why I moved from Travis CI is not because Travis CI is bad or anything. It's just I want to try a new thing, plus it's available on the same site that my repo is hosted. I can just visit one site to check on my repo or my build status.

Not gonna lie, I messed up the first time I did this lol. I messed up the config file (mainly because wrong indentation) and I messed up my repo branch because I had to move my source branch to master branch and I did it in an overcomplicated way.